The needles were what I was most scared of. Initially I imagined that John would administer my shots, but that idea was struck down the first go around, when his lightly shaky hands and 47-year old eyes made it clear this task would have to be up to me.

After 100+ pokes and pricks between the two rounds, I will say that I am much more at ease with sticking myself, but I have not yet arrived at blase about it.

I did learn a few things:

In any case, you can see in this glamorous image that I am struggling to get the needle to pierce the skin. I need to push push push – give it a twirl – it can take about 10 seconds of pushing – until it finally breaks the skin and goes in. I never thought I would be able to stomach this, but I can. 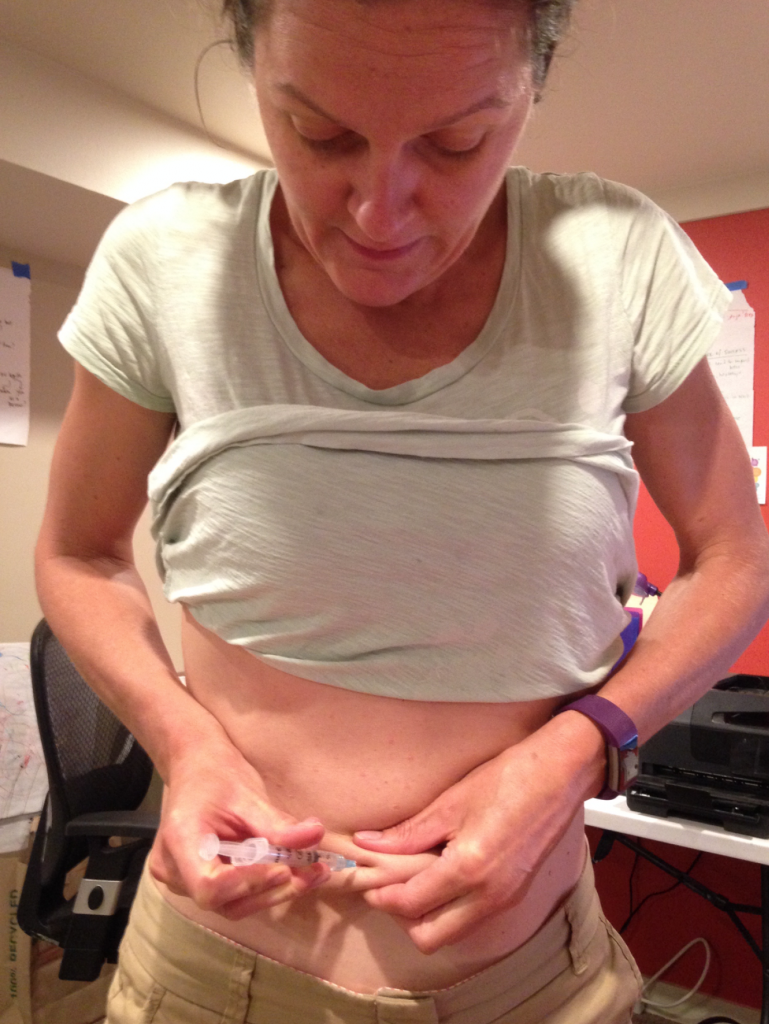 I was also reminded that there must be some kind of lining that holds your guts in. I can sometimes feel the needle scrape against it when I release the fold of belly fat before injecting the fluid. I wonder if it is the peritoneum I am scraping against, and each time I scrape it with the needle, I wonder how bad that is. 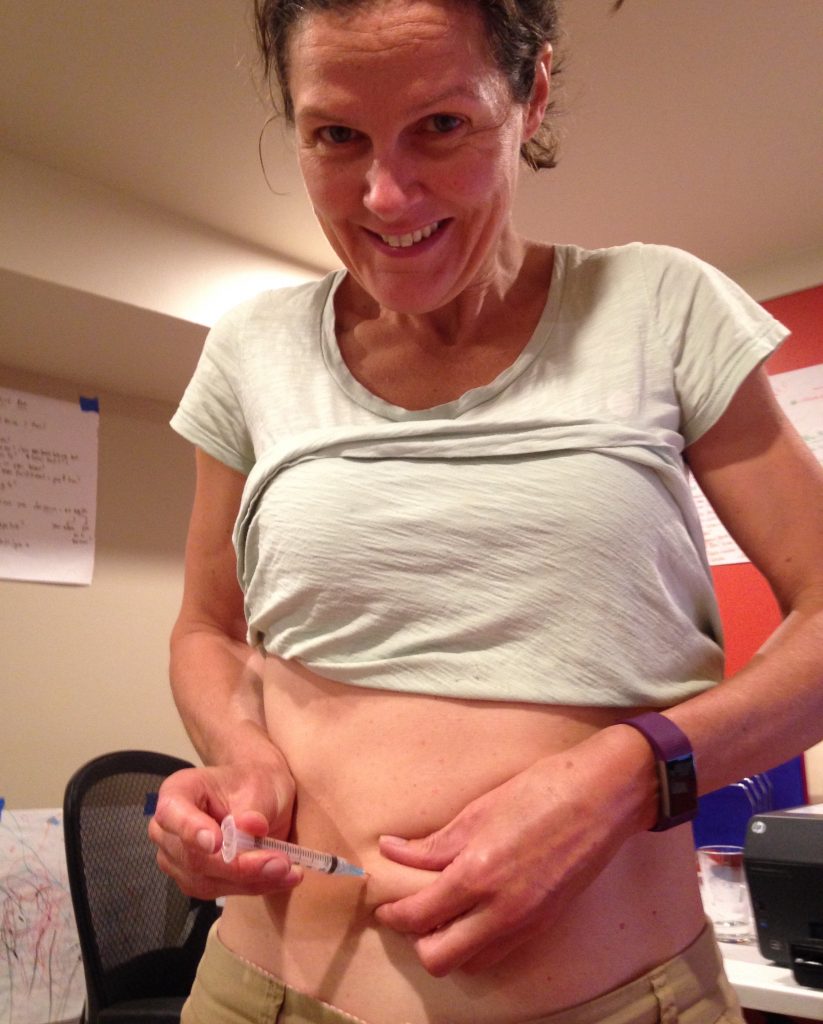 When you inject 1mL of fluid sub-cutaneously, it leaves a little bulge. And sometimes one drop of liquid bubbles out from the injection site. It’s freaky.

I’m not in love with needles, but at least I’m not phobic any more.