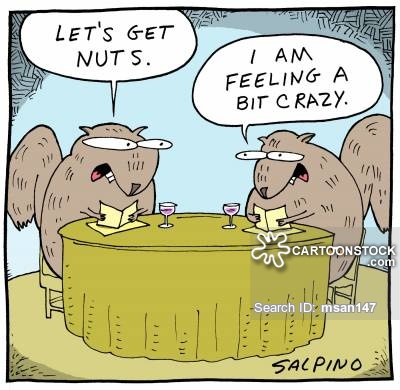 Yesterday I began to unravel. I don’t know why, and it came on suddenly – a desperate urge to know.

Until then I had mostly put my upcoming pregnancy test out of my mind. But then the squirrels showed up and threw a fear party in my brain.

Sunday, I took a 4pm I’m-wiped nap, and when I awoke, John said with an excitement, “I remember that look!” – reminded of my afternoon crashes when I was carrying Hazel.

Saturday night I woke up in the middle of the night feeling mildly nauseous, and thought happily, “Yes! I feel sick!”

But as quickly as these symptoms appeared, they vanished. I can’t feel anything, and I don’t feel any different. Monday I felt normal, and by Tuesday I was freaking out about how normal I felt.

In a text-flurry, I hurry off messages to 4 friends who have had babies in the last year or two. Only one reports throwing up before testing, while the others had absolutely no idea and were all but convinced they weren’t.

These words provide indescribable relief. And then, I remember: this is what pregnancy is like. Non-stop worrying. First it’s the heart-beat hurdle. Then the 10-week genetic test hurdle. Then the 13-week mostly-out-of-danger hurdle. Then it’s the viability hurdle, somewhere between 24 and 26 weeks – each day in that span feels like an eternity, and reminds me of the climbers’ death zone, at 26,000 feet. It’s perilous, and not a place you want to spend much time. Then it’s the “I don’t feel it kicking!” moment, when you are expecting activity and there is nothing. 40 weeks of worry. If I get through this week of worry, I have 36 more.

Yet I know it isn’t up to me. No amount of anything I do or don’t do will change the outcome.  Worrying does nothing, it changes nothing. There is no benefit to worrying. So why do it? Knee-jerk habit? Don’t know how not to? Can’t imagine any other way? I know better, I tell myself. I should know better. But I don’t, apparently, because if I really did know better I would stop. Now you can see the squirrels and the party they are having in my mind.

I wonder about pro athletes: golfers who win it all if they sink this 20-foot putt. Tennis players at match point. Hockey players in sudden-death overtime in game 7 of the Stanley Cup finals. What are their minds doing? Are they not nervous? Maybe, maybe not. Most likely they are just super present. Their intense focus precludes their minds from wandering to the future. I will practice doing the same. And as I do, some relief returns. Squirrels, go away.